Season 1, Episode 5: Interview with Alis Rowe, Entrepreneuress and Front Woman for the Girl With the Curly Hair Project

Interview with Alis Rowe, Entrepreneuress and Front Woman for the Girl With the Curly Hair Project, an initiative to raise awareness, provide education, and give support for people who are on the autism spectrum and their families, with a primary focus on girls.  She recently received accolades from Tony Attwood, a major internationally recognized specialist and writer about autism and Aspberger's syndrome.


Hi Alis!  Care to tell me about yourself?


I am 25 years old. Described as a wise mind with a youthful spirit, I am an acclaimed author and an entrepreneur.

What kind of education do you have?


A 1st class BSc in Chemistry and a masters. However, I have chosen not to work in the field. Those 4 years were certainly not wasted, I cannot regard education highly enough (for anyone). You do not learn simply the subject you studied, but it develops your thinking skills and changes how you see the world

Did you intend to be an entrepreneur? Or did you just sort of fall into it like I did? And why did you not pursue a career in chemistry?

I just looked up the dictionary definition of "entrepreneur". I am never quite certain what it means. Definition: "a person who sets up a business or businesses, taking on financial risks in the hope of profit." Although I meet the definition, I'd like to think I'm more than that. Certainly, I am a "social" entrepreneur which means that the business I set up has the primary aim of helping people and making the world a better place for everyone.

I just fell into it. One year ago I decided that I was going to be an author (I have always wanted to be). But "just writing books" turned into an enormous life-changing organisation with hundreds of potential avenues and paths. When I was diagnosed with ASD as an adult female, I was unable to find the sort of material I wanted to read that would help me, so I started creating material myself. It was an uncharted market but desperately needed.

I loved chemistry. I was good at it and I knew it would teach me a lot of skills that are desirable for a successful career in the Western world. However, after four years of studying, it took its toll, and I realised that there is so much more to life than 'working.' I lost love for the subject because it was far too abstract for me. Real life is about making money, looking out for the people around you, and being happy. It's not directlyabout molecules and atoms


But molecules and atoms are so beautiful.


Of course they are beautiful. That's why I did the degree I did!

The only entrepreneurs I have any interest in are the kind that do things to make the world a better place. how did you get diagnosed with ASD anyway?


My mother is a doctor so we always had lots of books about mental health lying around the house. As a teenager I read them sometimes, paragraphs or chapters at a time. It was always in the back of my mind that perhaps I was somewhere on the autistic spectrum. As I got older and felt more comfortable to be myself rather than 'conforming' as the neurotypical teenager I had tried to be, I realised that I needed the diagnosis a) to be sure and b) so that I had some kind of authenticity when others wondered why I was unsociable or aloof most of the time.


I had no idea until I read the Girl with the Dragon Tattoo series. She and I have soooo much in common its scary.

I've never read it but I agree, seeing or getting to know a fictional character who is supposed to have ASD, can deepen your soul and open your eyes - if they have been portrayed well.

The Girl with the Dragon Tattoo probably did a lot of good then, for women on the spectrum.

If I hadn't found you, I would have committed hari kari about two years ago actually

It's OK not to like people but it's not OK to lose hope/faith in humankind. I hope that with my work, you can at least like me and feel hope.

I often wonder about the anti-autism propaganda in the media. Is it from an increase in chemicals causing it, is it from a stressed population, is it from better diagnoses, etc? And why does NO ONE address the abuses against the autism community?

In the UK, there is a lot less anti-autism propaganda. In fact, I have never come across anything over here. You are addressing abuse against autistics.


What do you feel schools could do to improve things for the autistic kids they have?

It's hard... it's easy for me to say "treat everyone as an individual" but in practice, that is very hard to do. It does make more sense as a society to cater to the majority but it does not work. I like the idea of segregating ASD/NT children, but I know a lot of people are against that.

The fact of the matter is, a mainstream classroom with a single teacher and 25+ students cannot cope with giving attention to individuals, especially those with more severe needs.

I personally would like to see self defense, dance, art, music, etc., taught to ASD kids as soon as they can walk. Might help get a lot of the... Internal pressure off of them before they have to deal with PEOPLE.

I am a massive advocate for sport because sport is the best anti-anxiety medicine and it's healthy and gives confidence, etc. Last month, I was interviewed by the National Autistic Society (biggest ASD organisation in the UK), about how sport could be made more accessible and interesting for people on the spectrum.

I really hope they do something with that.

That's awesome!!! Have you heard anything back?

As far as I know, I should receive the recording (it was a video interview) this month. And the autism sports coaching should be available from January 2015.

I have also written for national articles about why weightlifting is the perfect sport for an autistic. I hope that reaches people.

What's your least favourite part of being an entrepreneur?

The public speaking and appearances. Like you, I am not really too fond of socialising. I am very shy and introverted naturally and obviously with ASD these aspects of my personality are magnified.

People always want (need) to meet you and you have to talk to people.


How do you deal with that?

My enterprise requires me to deliver seminars. My strategy is to have someone present alongside me if at all possible.

I have my weightlifting. As long as I get to do that daily and keep the meetings roughly within my routine, I generally get on ok.

Did you take any public speaking classes?

No! They would scare the life out of me, lol.

Perhaps if I *wanted* to be an amaing public speaker, I would consider them. However, I want to be an amazing writer and the others thing are just small parts of the job that I do my best and then get on with the 80% I love, i.e. the writing, the social media, the creating of presentations.


How often do you have to do public engagements?

It's hard to average out. The last month I have been doing once a week.

But I would imagine it would average out to twice a month, realistically in the long term.

How long have you been doing the public engagements for now?

Since June. When I did the massive Autism Show in London ExCel centre (a big exhibition centre in UK). 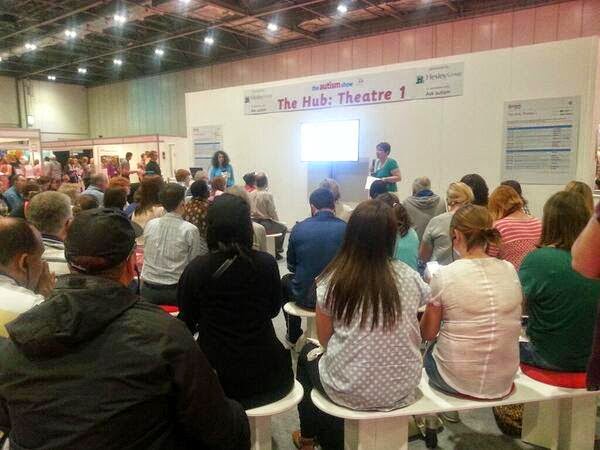 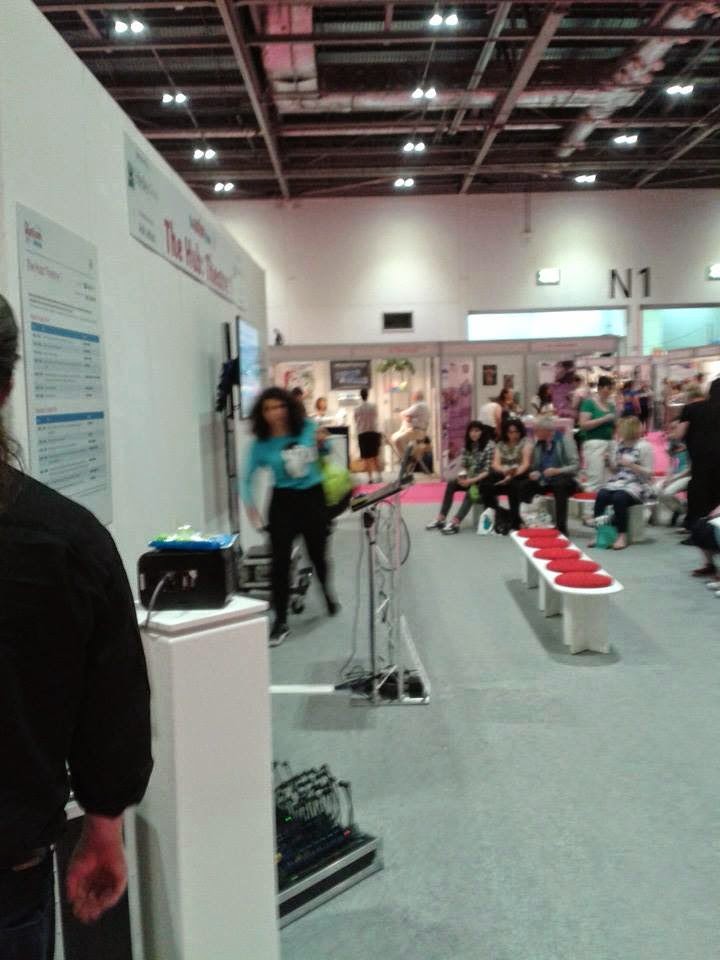 Did you enjoy that? Being able to reach a ton of people with your message, I mean?

Afterwards. Not before or during.

But Louise, the lady who spoke with me, was an angel. She honestly saved me that day.

Did you build your website yourself or have it contracted out?

I built that website. An entrepreneur has to use resources wisely!

So you do the education work, the writing, public engagements, your own coding, and you make the fidget things yourself? Wow.

I don't make the fidget things. That is contracted out and then branded under the CHP. Apart from that, yes I do the rest.

So you're empire building. Awesome!

Where does your funding come from? Have you ever had to crowdfund or?

I have had to self fund around £10,000 GBP to date and I have not received a salary from anything I do.

What motivates you to stick to it?

Honestly changing lives in a very genuine and personal way

Reading customer reviews on my books or receiving testimonials.

Did you see the email I got from the aunt the other day, saying her children want to raise money for the CHP through a cake sale? That was so motivating.

That made my day.

Do you think you'll ever get used to being a Public Person?

I like being behind the scenes. I just wanted to be a writer.

The easiest way for me to manage is...

I am Alis Rowe and there is TGWTCH but they are very separate people. So long as I hide behind TGWTCH I can cope. It's less exposing.